Home › The Videofied Concept › What is Priority Response?

What is Priority Response?

A quicker response is the better response, especially when it comes to intruders. Priority Response is a process adopted by law enforcement and dispatch teams. It means that video-verified alarms are seen as crimes in progress, and police are immediately sent to the scene.

Not only does it reinforce the value of video alarm systems, but it also benefits the entire community with:

The impact is undeniable.

What we’re trying to prevent

What could an intruder steal or destroy in 15 minutes?

See the response differential between traditional alarms and our video alarms. Imagine the additional losses and damage that would be incurred under non-priority/traditional response.

Can you really afford to wait for Priority Response?

Videofied is the only security system to ever be endorsed by a national law enforcement association.

“The vast majority of traditional alarm calls are false alarms with low arrest rates. In contrast, monitored video alarms can help confirm an actual burglary in-progress and have much higher arrest rates.”

“A verified burglar alarm shall be dispatched as a high priority call.”

“Video alarms are changing the game.” 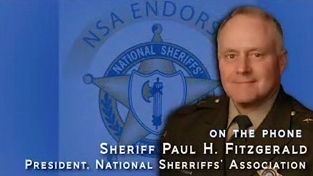