Why choose Videofied over another alarm system?
A traditional alarm system notifies you that a sensor was tripped, but can’t verify who or what tripped the alarm. Videofied MotionViewers send a short video clip every time the built-in PIR motion sensor trips, providing immediate verification to the operator at the central monitoring station and enabling Priority Response from the police to make an arrest and stop the intruder. 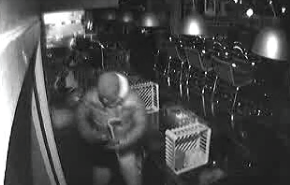 Where can I install a Videofied system?
The entire Videofied system is wireless and capable of running on batteries, so it can be installed anywhere there is cellular reception. Control panels communicate to monitoring stations over the 3G/4G cell network or a wired Ethernet connection. For remote sites where cellular signal may be weaker, a directional Yagi antenna kit is available.

Do I need lighting? How far can the illuminators reach?
You don’t need to purchase additional lighting. MotionViewers have built-in infrared illuminators with an outdoor range of 30 feet, and an indoor range of 23 feet. 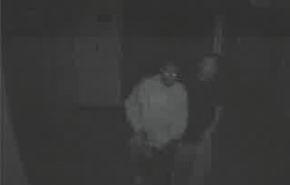 What if someone grabs the MotionViewer?

If theft of the system is a major concern, remember that the devices don’t require wiring or power; they can be installed in subtle locations. Even if someone approaches an armed MotionViewer, the event is captured and transmitted to the panel, which may be hundreds of feet away.

Does inclement weather affect the system?

No. Advanced algorithmic technology in the PIR means the MotionViewer doesn’t trip on rain, snow or lightning, except in extreme cases. 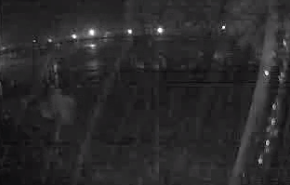 Can the Videofied system be self-monitored?

No. Videofied panels always transmit to a professionally staffed, 24-hour monitoring center to provide customers with full-time security and peace of mind. Customers are notified only when human activity has been confirmed and not for non-emergency events (like a curious monkey inspecting our MotionViewer). 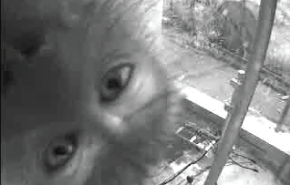 No. The MotionViewer is a proprietary all-in-one component, and camera reaction time to a PIR trip is a few milliseconds. 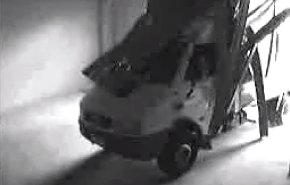 Why is the video so basic? Can it be adjusted?

Videofied is designed to verify, not identify. That’s why the video resolution is fixed and the file size intentionally kept small, to ensure the fastest possible transmission to the central station (and faster response from police to the crime in progress).

Why not just get a high-resolution camera system?

Videofied is an immediate video tool, allowing for response while the crime is still in progress (and also denying a trespasser the chance to vandalize or steal all night). The goal is to transmit video verification as quickly as possible, and low resolution is essential to that process. Traditional high-resolution camera systems are best used as historical video tools for post-event follow up and forensic details.

Doesn’t an alarm system and separate cameras do the same thing as Videofied?

While Videofied MotionViewers have cameras, video cameras alone do not mean security. There is a difference between monitored alarms and self-surveillance. While alarm dealers may sell and install cameras, the cameras are not really part of the monitored alarm system. Instead, most smartphone surveillance cameras provide “convenience” for viewing children, pets, or employees – not greater security. With few exceptions, access to the IP cameras is limited to the property owner and the central station never sees video with the alarm. While sold together, the wireless alarm system and wired surveillance cameras are fundamentally disconnected and do not deliver priority police response. Videofied alarms are professionally monitored by central station operators for life safety, faster police response and arrests. The VideoApp4All smartphone app does provide Look-in for the owner, but the video alarm is still monitored for faster police response.

To protect client privacy, no one can ever “tap into” a Videofied system and see what MotionViewers see. By design, MotionViewers can only send video out from the system. Videofied smartphone apps provide a secure, sophisticated way for customers to ‘communicate’ with the system. Upon request, the MotionViewer takes a 10-second clip and transmits it to customer’s smartphone for review. These are recent captures and not true, real-time viewing.

Will this system affect or slow down the Wi-Fi network in my home or business?

No, the radio communications between the Videofied peripherals, including the cameras, and the panel is over 900 MHz. This is an entirely different wireless frequency that won’t affect your Wi-Fi network. Communication between the panel and Central Station can be over Wi-Fi (depending upon the model used), but the file size (200K) is so small it won’t impact Wi-Fi network performance.

How does the system affect my data security?

How does Videofied reduce losses?

The single most important factor to reduce losses in a burglary is the time for law enforcement to respond. Copper theft is a particularly good example. While the thieves may only steal $600 of copper, the damage done to the site after ripping our wiring, tearing out plumbing, pulling down copper flashing or fixtures means that the damage done is often orders of magnitude greater than the value of the copper.

Is there a correlation between response times and arrests?

According to a 2012 report from Pharmacists Mutual Insurance Company, when police response is under 5 minutes, they see a 21% arrest rate. Once the response time is over 6 minutes, the arrest rate drops to half that.

What kind of arrest rates does Videofied deliver?

While every alarm/dispatch is different, there are proven arrest rates with Videofied of over 50% with the best case at 95% for a large national account. 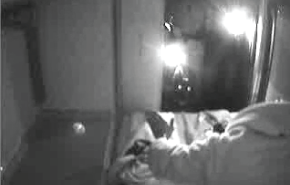 What impact do arrests have on insurers?

Insurance Networking News reported in 2012 that 1 arrest prevented 30 additional burglaries. Arresting the professionals prevents additional crimes and not only the direct losses but the indirect costs of adjusters, claims processing, etc. 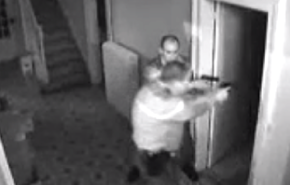